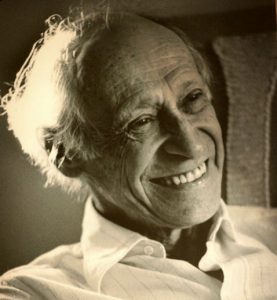 1911. Aleksander Kazimierz Fajrajzen, Fersen was his pen name, was born in Łódz, in Poland, at that time it was still in the Russian territory.

1913. Moved to Genoa with his family to follow his father Adolfo, a banker.

1936. Published with Guanda L’Universo come giuoco (The Universe as a game), an elaboration on his philosophy degree thesis gained at the University of Genoa with Giuseppe Rensi. In the following years he travelled to Paris, to follow some courses in Sorbonne, and to Poland.

1942. For Guanda he copy-edited the posthumous opera of Rensi La morale come pazzia (Morals like madness).

1943. Seeked refuge in Switzerland with his wife, in the refugee camp in Losanna. In this city he met Emanuele Luzzati, who was studying at Ecole des Beaux Arts and together they wrote the theatrical show Salomone e la regina di Saba (Solomon and the Queen of Sheba).

1944. In the fields of Trevano castle, in Lugano, he met Giorgio Colli and they made friends immediately.

1945. Returned to Genoa where he became the segretary of the National Liberation committee for Liguria. Salomone e la regina di Saba was shown at the Augustus Theatre in Genoa.

1947. He directed Lea Lebowitz, of which he is also the author, it was shown at the Nuovo Theatre in Milan.

1950. Alongside Walter Cantatore and Emanuele Luzzati he opened a cabaret in Rome (I nottambuli), in via Veneto. The bar, attended by artists and intellectuals, closed within the same year for financial problems. He directed Job, a sacred portrayal of Luigi Dallapiccola, shown at the Eliseo theatre. Directed Il terzo amante (The Third Lover) by Gino Rocca shown in piazza Tommaseo in the Piccolo Theatre of Genoa.

1952. Directed Il barbiere di Siviglia (The Barber of Seville) by Beaumarchais shown at piazza Tommaseo in the Piccolo Theatre of Genoa. Directed Giorno di visite (Day of Visits) by Primo Luigi Soldo at the La Fernice Theatre in Venice.

1954. Directed Il malato immaginario by Molière shown at the Arts Theatre in Rome. Directed Crazy Show by Guido Stagnaro and Federico Caldura at the Regio di Parma Theatre, Colombe by Anouilh at piazza Tommaseo in the Piccolo Theatre of Genoa and Così è (se vi pare) (Right You Are (If You Think So)) by Pirandello shown at the Gobetti Theatre in Turin.

1956. Directed Liolà by Pirandello shown at the Duse Theatre in Genoa.

1957. Directed Il diavolo Peter (The Devil Peter) by Salvato Cappelli shown at the Duse Theatre in Genoa, Come prima, meglio di prima (As Before, Better Than Before) by Pirandello shown at the Arts Theatre in Rome, and Il figliuol prodigo (The Prodigal Son) and Venere prigioniera (Venus Prisoner) by Gian Francesco Malipiero at the Pergola Theatre in Florence. Founded in Rome, in via della Lungara, the Fersen Studio for performing arts, acknowledged by the Minister of Education. The RAI trasmitted the filming of Le fatiche di Arlecchino (Arlecchino’s Efforts) of which Fersen is both author and director.

1958. Directed Un tale chiamato Giuda (A Guy Called Judas), by Claude-André Puget and Pierre Bost shown at the Duse Theatre in Genoa. Directed La locandiera (The Mistress of the Inn) by Goldoni at Rio de Janeiro. During his stay in Brasil he saw some candomblé rituals and studied the culture.

1959. Directed Il congedo (The Leave) by Renato Simoni and Un istante prima (A Moment Before) by Enrico Bassano shown at the Duse Theatre in Genoa. Directed and personally adapted Sganarello e la figlia del re (Sganarelle and the king’s daughter) by Molière shown in the Ateneo theatre in Rome. 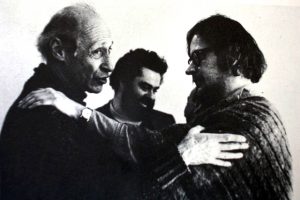 1966. Directed Rose rosse per me (Red Roses for Me) by Sean O’Casey shown in Valle Theatre in Rome.

1967. Directed Le diavolerie. Appunti sull’angoscia (The Divaltries, Notes on Anxiety), of which he is also author, shown at the Caio Melisso Theatre in Spoleto. 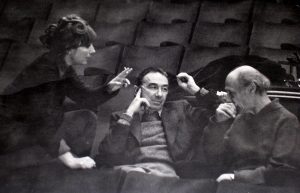 1969. Directed the opera Il prigioniero (The Prisoner) by Luigi Dallapiccola. Directed Golem at the Pergola Theatre in Florence. Directed Le sette canzoni (The Seven Songs) by Gian Francesco Malipiero at the Edinburgh festival.

1972. Directed Edipo re (Oedipus Rex) by Sophocles shown in the Greek Theatre in Siracusa. The Fersen Studio hosted a seminar on the technique ‘psicoscenica’ at the Nations Theatre in Paris. 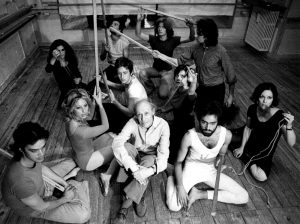 1974. Directed Leviathan, of which he was also the author, shown in Spoleto, at the Theatre of Six, during the Festival of Two Worlds.

1975. He was entrusted with the management of the Stabile Theatre in Bolzano. Directed Fuenteovejuna by Lope de Vega.

1979. Giorgio Colli died and Fersen went through a period of grieving. Organized a workshop named Teatro e festa arcaica (Archaic theatre and celebration) at the auditorium of the Mostra d’Oltremare in Naples.

1980. Hosted a seminar Teatro, latitudine profonda (Theatre, deep latitude) at the CRT in Milan and La nozione di festa (The notion of celebration) at the Ateneo Theatre in Rome. Published Il teatro, dopo (The theatre, after) with Laterza.

1981. Conducts, at the Pompidou Centre in Paris, the workshop named La dimension perdue (The lost dimension). 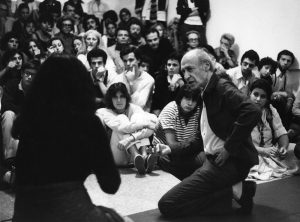 Alessandro Fersen in a lesson with his students.

1984. The documentary Alle origini del Teatro. Il mnemodramma (The origins of theatre. The Mnemodrama) was celebrated at the International Congress of Psychodrama a New York. Other projections and seminars were undertook at Yale University, at Stony Brook, and Café La Mama.

1987. The Fersen Studio holds a workshop-show I teatri del lutto e dell’eros nel mondo arcaico (The greaving and eros theatre in an ancient world) at the Piccolo Theatre in Rome.

1988. Held the seminar La latitudine profonda del Teatro (The deep latitude of theatre) at the San Leonardo Theatre in Bologna.

1991. Held a mnemodrama course for teachers in Rome, at the Limonaia of Villa Torlonia, the last location for the Fersen Studio. 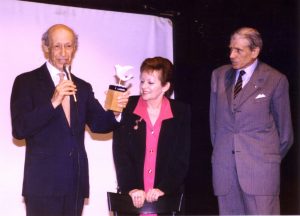 1993. The guest of honour at the conference Performance Ritual and Shamanism at the Centre for Performance Research in Cardiff.

1996. Received the Golden Aeschylus in the directing category.

1997. Received the Ghetto Award of Venice for the Jewish culture in Italy.

2001. In Riccione he received the Aldo Trionofo award. On the 3rd October he died in Rome.